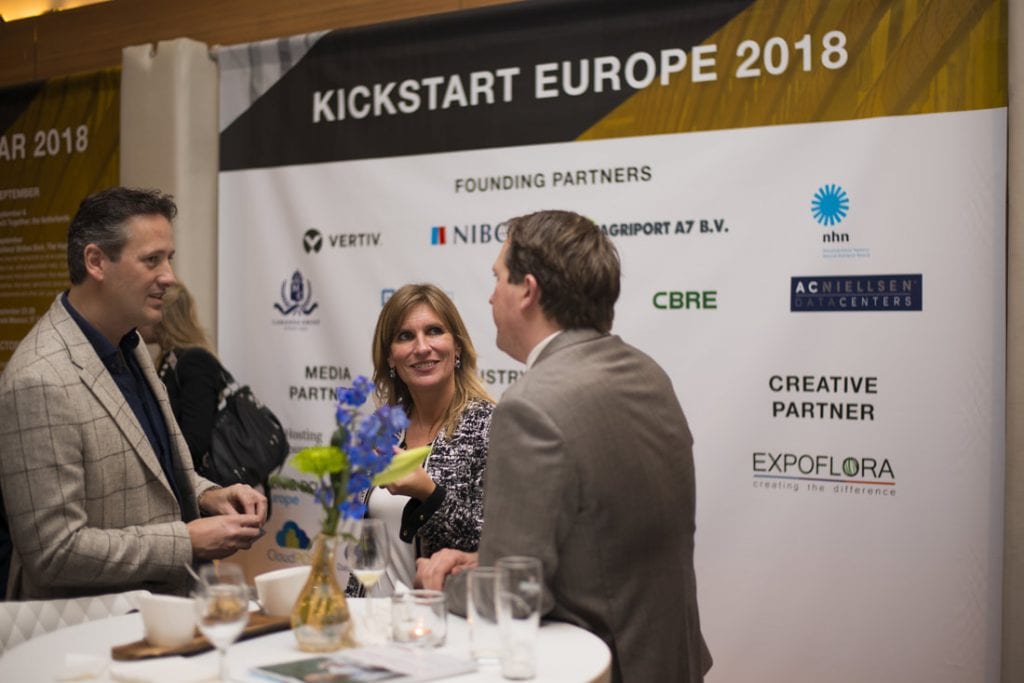 The second edition of the KickStart Europe event, an initiative of Digital Gateway to Europe, will be held in Amsterdam, at the RAI exhibition and convention center, January 14-15, 2019. This annual event for the international data center industry will again bring together global digital leaders and experts – to share data center industry knowledge and insights while discussing solutions to growing challenges.

Investments in Europe’s data centers and digital infrastructure are at a record high yet cannot keep up with the economy’s demand, according to Digital Gateway to Europe. Greater investments in data centers, networks, underlying power infrastructure, and efficiency would be needed to unlock the digital economy’s full potential. Also, cloud and AI would be driving the growth of hyperscale, datahubs, regional and edge data centers, as well as submarine and land fibers. These are the preliminary conclusions of the KickStart Outlook research report that will be published on the 15th of January 2019 in Amsterdam, during KickStart Europe 2019.

IDC research has found that more than half of the world’s GDP will come from the digital economy by 2021. An excellent data center and network infrastructure is both the foundation and a prerequisite for such a thriving digital economy, according to Gateway to Europe.

“The digital infrastructure industry is at the core of this challenge, but current infrastructure cannot support the needs of the rapidly evolving economy without increased investment,” said Stijn Grove, Chairman of Digital Gateway to Europe and the KickStart Europe Conference. “In regard to connectivity, scaling up or out to the edge, and investments in submarine cables, are just a few of the challenges. On the technology side, the handling of vast amounts of data and the high computational power needed by AI solutions should also be considered.”

When: January 15, 2019
Where: RAI Amsterdam, the Netherlands
Website: www.kickstartconf.eu

KickStart Europe 2019 takes place on January 15 at RAI Amsterdam. On the evening of January 14th, an informal pre-conference reception will be held.

An organization promoting the Netherlands as a datahub, Digital Gateway to Europe organizes events such as Kickstart Europe, but also trade missions, trade shows, launchpads and other meetups – to share information about the digital infrastructure and datahub. Scale-ups, start-ups, and enterprises seeking in-depth information about the Netherlands are able to consult Digital Gateway to Europe’s knowledge database.

How to Navigate your cPanel with HostGator