Infor, a provider of business applications specialized by industry and built for the cloud, has reached a definitive agreement in which Koch Equity Development (KED), the investment and acquisition subsidiary of Koch Industries, has agreed to make an investment of more than $2 billion in Infor.

The substantial investment will provide Infor access to additional growth capital to accelerate innovation and expand distribution within the enterprise applications industry.

Koch Industries is an American multinational corporation that employs 100,000 people globally and is estimated by Forbes to be the second largest privately-held company in the United States with annual revenue of approximately $100 billion. The investment by KED significantly strengthens Infor’s capital base and provides an entrée into a large ecosystem of businesses contemplating digital transformation.

Infor became one of the first companies to move mission-critical industry applications to the cloud, and now counts more than 66 million users of its cloud applications. The company’s double-digit revenue growth in its most recent quarter was fueled by a 130% annual increase in SaaS revenue; more than half of Infor’s software revenues are now derived from cloud applications. 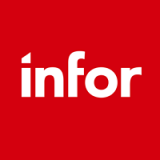 Infor’s unique cloud strategy uses Amazon Web Services (AWS), enabling the company to invest in deep industry functionality with capital that would otherwise be needed to maintain its own data center infrastructure. Infor’s broad set of applications running on a hyper-scale cloud with “cutting-edge” data science and design would provide a foundation for modernizing companies in healthcare, fashion, retail, distribution, public sector, and discrete and process manufacturing.

The Infor management team is headed by Chief Executive Officer Charles Phillips, who is leading the company into this new phase of growth, investment, and innovation.

“Koch is one of the largest private companies in the world with diversified holdings and immense resources to support the next exciting phase of growth at Infor and we are thrilled to have their support,” said Charles Phillips, CEO of Infor. “Some of the largest companies in the world have approached Infor looking for a modern alternative to the legacy options available for mission critical business applications. Infor has the scale and capital to provide a digital platform for the Global 5000.”

Under Phillips’ leadership, Infor invested approximately $2 billion in product design and development over the last five years and delivered more than 400 new products, 1,700 integrations, and 16,000 industry features in its CloudSuite product line. Infor now has 15,000 employees and operates in more than 170 countries.

“The support we are providing to Infor marks one of the largest investments KED has ever made and demonstrates the confidence we have in Infor‘s technology, team and business model,” said Matt Flamini, KED‘s President.