Sharktech Internet Services, a provider of dedicated servers, colocation and Distributed Denial of Service (DDoS) protection, headquartered in Las Vegas, has launched its new DDoS protection solution. The additional benefit of Sharktech’s advanced DDoS protection would be the introduction of cloud features that result in increased performance. 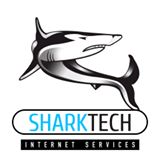 As DDoS attackers evolve and hone their skills, so must defenders. Sharktech has unified three data centers (Chicago, Denver and Los Angeles), providing DDoS protection up to 100 GigE and 140 Mpps. Through the new solution, Sharktech is able to load balance incoming DDoS attacks into the three data centers simultaneously and relay clean traffic back to its customers’ servers. The additional benefit of Sharktech’s advanced DDoS protection is that it introduces cloud features for increased performance.

“Recently an IRC network that Sharktech hosts and protects was under attack – a huge attack – similar to the attack Lizard Squad targeted Sony with,” said Sharktech President Tim Timrawi. “When most providers would simply null-route or shut down the victim’s services, Sharktech sprang into action by combining the newly developed protection of three Sharktech data centers into one, powerful, cloud-based DDoS protection.”

All About Dyn In 90 Seconds

How the University of Leicester enabled remote learning in a global crisis with Azure...