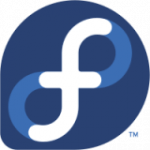 Key features of the Fedora 20 operating system include:

As part of Fedora’s commitment to open source innovation, ARM is now supported as a primary architecture. While x86/x86_64 serves as the default architecture for the majority of Fedora users, ARM would be rapidly growing in stature and already dominates the mobile world.

Beyond mobile and the maker movement, ARM would show great promise as a powerful and cost-effective technology for the server world, leading to primary support from Fedora to satisfy end users and developers targeting the ARM platform.

Fedora 20 continues the Fedora tradition of adopting and integrating leading edge technologies used in cloud computing. Features that make working with virtualization and cloud computing much easier include:

As with all Fedora distributions, Fedora 20 includes several new features and updated packages to improve the developer experience across the board, including:

To help Fedora 20 continue to meet everyday user productivity needs, several improvements and additions have been added to the overall desktop experience, including:

With a decade of releases behind it, Fedora 20 adds additional refinements to the needs of more advanced users. These enhancements include:

How to add an MX entry in cPanel

Planting the Seeds of Growth with DigitalOcean: The Steadfast Collective Story