Founded by two former airline pilots passionate about technology in general, from airplanes to cars to hosting technology, global cloud hosting provider Leaseweb has committed itself to airshow sponsorships in the U.S. (Manassas Airshow) and the Netherlands (Leaseweb Texel Airshow).

HostingJournalist.com was invited to join the Texel Airshow last weekend. At the airshow, we saw Leaseweb even bringing its own aerobatic airplane, the Extra 330LT. On stage in Leaseweb’s VIP tent during the event, company co-founder and CEO Con Zwinkels (who’s flying the Extra 330LT himself, although not this weekend) explained how aviation is anchored in the DNA of Leaseweb. 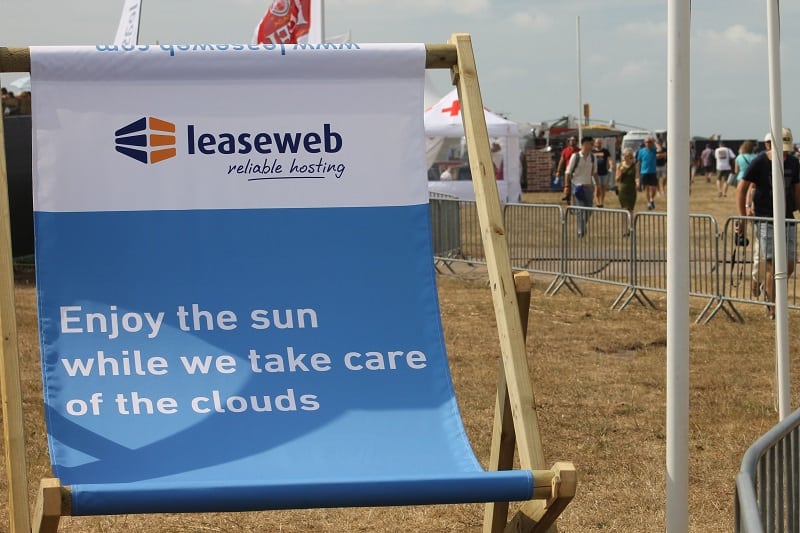 As one of the largest IaaS hosting providers in the world, Leaseweb currently has more than 80,000 dedicated servers under management. Since 1997, the company has built a global footprint of 19 data centers located across Europe, Asia, Australia, and North America, while its truly global network has a total bandwidth capacity available of more than 5.5 Tbps. Services delivered to Leaseweb’s worldwide portfolio of 17,500+ customers include public cloud, private cloud, dedicated servers, colocation, content delivery network (CDN), and cybersecurity services.

Leaseweb was founded in 1997 while it entered the United States market in 2011 and has since grown its presence both organically and through the acquisitions of Shore.net in 2013 and Nobis Technology Group in 2016. Through the addition of ServInt this year, Leaseweb USA is now substantially increasing its footprint in the United States.

At the Leaseweb Texel Airshow, Leaseweb CEO Con Zwinkels explained to his audience there are a lot of commonalities between cloud hosting and aviation/flying. “It’s very important to operate at the highest reliability level we can achieve,” said Zwinkels. “It’s very important that we do it securely, while it’s also important to do things efficiently and in a highly cost-effective way. And just like within aviation there’s one word we surely don’t like in our company, which is the word ‘assumptions,’ as assumptions are killing, both in aviation and cloud hosting.”