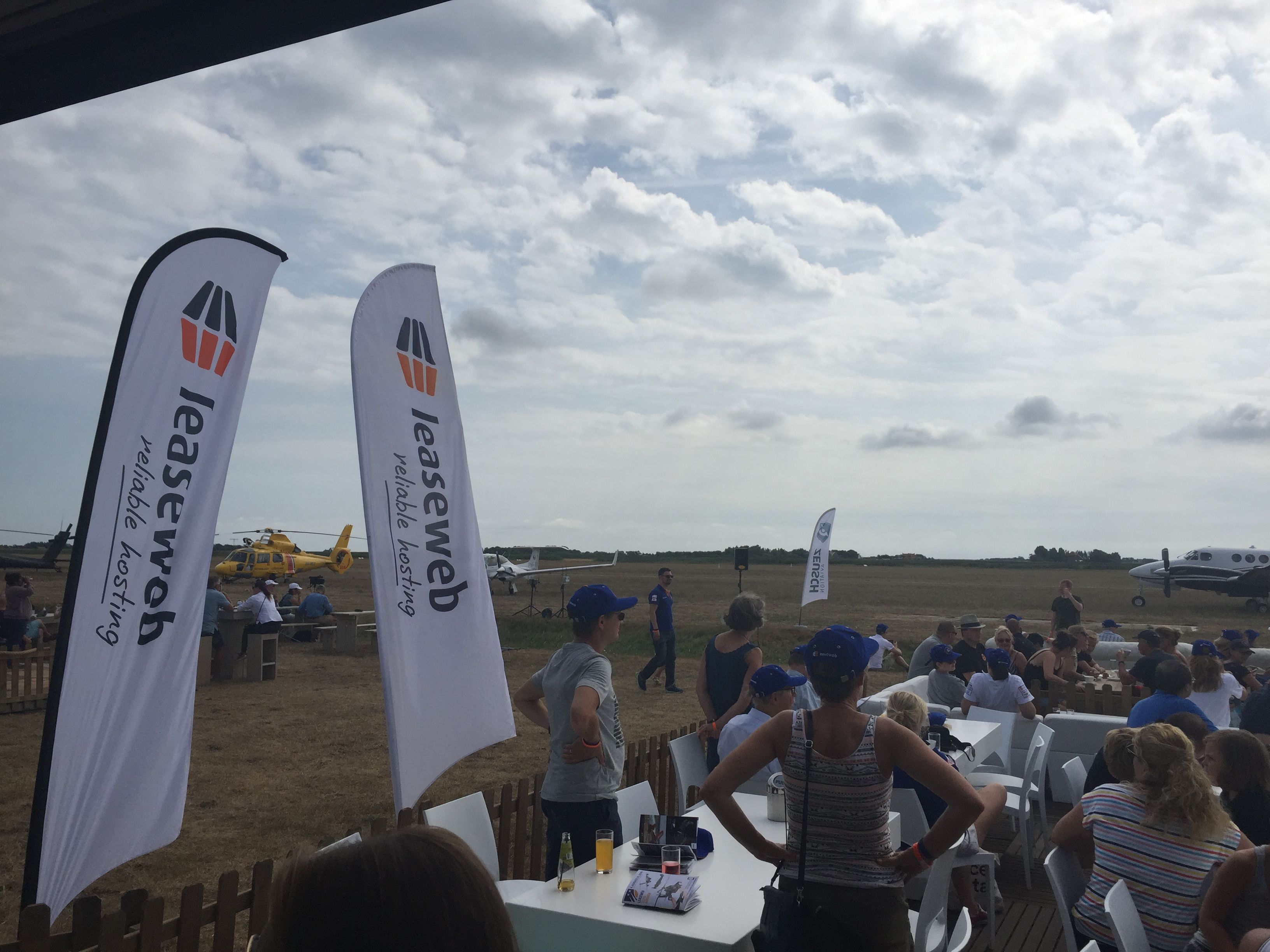 As one of the world’s largest cloud hosting providers, Leaseweb has committed itself to airshow sponsorships in the U.S. (Manassas Airshow) and the Netherlands (Leaseweb Texel Airshow). It’s not that they just picked some nice events on both sides of the ocean to showcase the company’s capabilities. Leaseweb’s founders are actually former airline pilots themselves and they were dedicated to bring aviation and their passion for flying and flight technology, as well as their passion for technology in general into the DNA of the company.

Last weekend, HostingJournalist.com joined the Leaseweb Texel Airshow event at the island of Texel in the North of the Netherlands to see for ourselves what it’s like to work at, or work with a company that is so passionate about flying and flight technology.

The Leaseweb Texel Airshow, just like 3 years ago (this event is organized every 3 years, it was the 12th edition), again turned out to be a great success while being attended by almost 20,000 people. Also, more than 200 private airplanes visited Texel Airport to attend the show of which about 80 stayed overnight.

In contrast with the days before the event, which were full of sun and blue skies, it sometimes became a bit cloudy during the show (although the temperature remained quite warm). For the Leaseweb Extra330LT, an aerobatic airplane that’s also being used by Leaseweb to take customers to the cloud, literally, it meant the pilot sometimes went straight up into the clouds after which he suddenly reappeared. He also showed us all kinds of looping, tumbling and rolling figures, while it all started with a spectacular flight take off upside down.

At the airshow, HostingJournalist.com not only saw the Leaseweb Extra330LT aerobatic airplane in action, but also the Red Bull F4U Corsair, a Mustang, an OV-10 Bronco, a Hawker Hunter, the Breitling Jet Team, and the Dutch Thunder Yaks – a group of Russian Yak-52 airplanes as well as Sukhoi 29. And, quite impressive, the Mil Mi-24 Hind – a type of Soviet gunship helicopter that appears in both Rambo: First Blood Part II and Rambo III. The Postbellum Flying Circus showed us how to land their Piper Cub on a riding trailer, while a KDC-10 tanker of the Dutch Royal Airforce was accompanied by two F-16 jet fighters of the Belgian Air Force.

VIDEO: At a company as large as Leaseweb you can imagine there are always employees talented enough to think beyond hosting technology and share another passion, in this case: music. Meet the Leaseweb company band.