All-fiber connectivity provider Lightpath has announced a 50-mile expansion of its all-fiber network in the Boston region. The announcement follows the company’s entrance into this market via multiple acquisitions in June this year.

With the addition of 50 route miles, Lightpath’s total route miles available in the Boston metropolitan region now exceeds 130. The network expansion is centered on Boston, Waltham, Bedford, Burlington, and Lowell, MA. It is intended to provide access to more strategic data centers and business centers while also giving alternatives for service variety and protection.

Lightpath has added a second, more diversified route between Boston and Lowell, while increasing variety and density in Bedford, Burlington, and Waltham. Clients will have access to data centers located at 55 Middlesex Turnpike in Bedford, MA, and 115 2nd Avenue in Waltham, MA. In addition, Lightpath is expanding its network in Boston to cover the Longwood Medical District, which is home to multiple hospitals, schools, and research institutes.

Lightpath’s latest network expansion is part of the company’s ambition to expand its network’s reach and reliability wherever there is a high level of consumer demand, furthering the company’s goal of transforming how businesses connect to their digital destinations.

Existing and potential Lightpath clients have access to the full Lightpath network, which spans over 18,000 route miles and connects over 12,000 sites. Customers will have access to the complete Lightpath all-fiber product range, which includes Optical Transport (up to 800 Gbps), Ethernet (up to 10 Gbps), Internet Access (up to 100 Gbps), Private Networks, Dark Fiber, SD-WAN, Voice, Security Solutions, and other Managed Service offerings.

Clients can also use the Lightpath network’s 75+ on-net data centers, seven cable landing stations, and all major cloud providers. Customers will also be able to link between the New York Metro and Greater Boston via Lightpath services.

Boston Metro is home to world-class institutions and universities, a thriving scientific, pharmaceutical, and technology industry, and a vibrant start-up culture. The region is also one of the country’s first officially recognized innovation districts.

“This second major expansion in the Boston market solidifies Lightpath’s commitment in the region,” said Phil Olivero, Chief Technology Officer (CTO) at Lightpath. “Our network recently became the first new choice for all-fiber, infrastructure-based connectivity in Boston since industry consolidation began over a decade ago. We have deep relationships in this area, our sales, operations and leadership teams are very familiar with the market, and we are just getting started.” 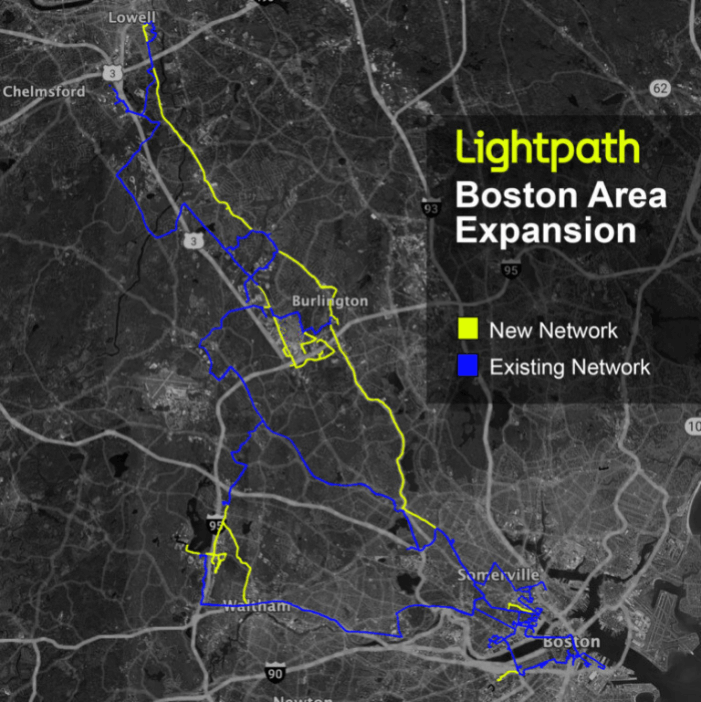