LinkTek Corporation, a provider of data migration software solutions that automate the management and repair of file links, has announced the latest release of their LinkFixer Advanced software. LinkFixer Advanced 3.5 would offer double the speed of any previous release.

The company’s Vice President of Technology claims that the new software has been shown in benchmark tests to be twice as fast as any previous version. This would enable customers to fix broken links after a data migration to a new server, to a content management system (such as SharePoint), or to the cloud, in half the time. 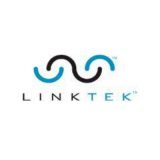 The newest LinkFixer Advanced solution now offers a user-selectable option of using multiple processing threads, with the number of simultaneous processing agents limited only by the user’s hardware capabilities.

LinkTek lauds the new software’s flexibility and capability, announcing that it is scalable from the smallest storefront operation to major corporations, and that it has now been tested and proven to work with more than 20 million files in a single move.

LinkFixer Advanced uses a patented multi-step process to “seamlessly” repair links inevitably broken by moving data from one server to another. The software first performs a scan to locate all links within the files, then inserts markers associated with the links, enabling a “seamless” repair of all links after they are broken in the planned move.

“Quite simply, we are the only solution that does what we do,” said Rick Crites, Vice President Technology of LinkTek Corporation. “Users worry whether they can access their data after a migration. LinkFixer Advanced prepares the links in advance so they can be quickly and easily reconnected after the move. Then once the migration happens, and the links are broken, they can be fixed automatically, often preventing days of downtime. With this release, our software team has set a new benchmark for speed and flexibility.”

17 – How to configure automation settings in WHMCS