Liquid Web, a worldwide provider of managed web hosting, has partnered with CloudLinux to deploy their service, KernelCare, on 20,000 of Liquid Web’s managed servers. KernelCare allows for the application of security patches without reboots, which can interrupt critical server functions.

Liquid Web currently represents the largest deployment of CloudLinux KernelCare in the managed hosting space in terms of licenses. Launched 2 years ago, KernelCare keeps Linux servers secure with all of the latest kernel patches, automatically, applied to the running kernel without downtime. 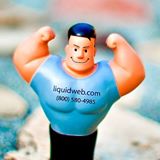 “We are committed to delivering the best solutions for our customers and, with that, we have come to consider KernelCare as an essential service”, said Joe Oesterling, Chief Technology Officer (CTO) at Liquid Web. “As the Industry adopts KernelCare, it should eventually eliminate the concern of rebooting servers to apply security patches in most instances. The downtime that reboots cause is a disruption for customers, and nuisance for admins, that can be easily avoided with KernelCare. We’re moving closer to a time in which this type of disruption is no longer excusable.”

CloudLinux KernelCare would deliver virtually no performance impact during updates. It supports most popular Linux distributions including CentOS/RHEL/CloudLinux 5, 6 and 7, Xen4CentOS, OpenVZ & Virtuozzo, Debian 6, 7 and 8, Ubuntu 14.04 LTS and 16.04 LTS, and Proxmox VE 3.x & 4.x.

“Liquid Web has a reputation for maintaining the best performing Linux servers, and their roll out of KernelCare only attests to their commitment to delivering most highly available servers,” said Igor Seletskiy, Founder and CEO of CloudLinux. “KernelCare delivers a super-fast release of security patches for new vulnerabilities and we are very excited to be able to not only serve our part in maintaining updated kernels for Liquid Web, but also do it in a seamless way without disrupting customer’s websites and applications.”

Set your SMB or startup up for success in this complex...