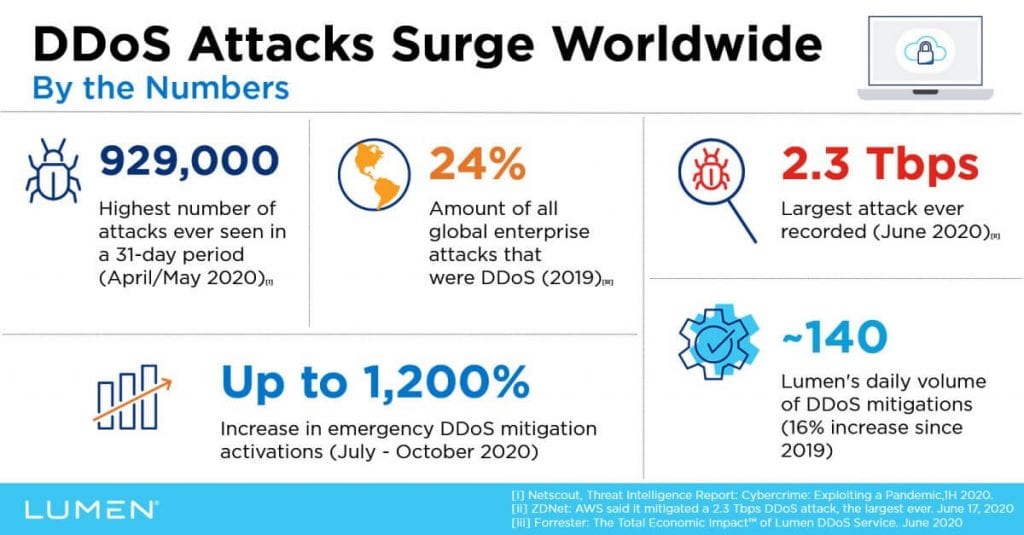 These new DDoS mitigation features – which can now be activated ‘on demand’ – would help Lumen’s customers better protect their web-facing assets and applications, and reduce the risk of collateral damage during attacks. Lumen Technologies, LLC is a wholly owned affiliate of CenturyLink.

“With the recent spike in DDoS attacks, the speed of response to new attacks is more crucial than ever before,” said Martha Vazquez, senior security research analyst, IDC Research. “Service providers are at a point where they need to speed up response times to stop these advanced attacks from occurring immediately. Having an automated response that can prevent bad traffic from ever reaching the customer is critical, and the ability to instantly spin up a security service rapidly – such as with DDoS Hyper – is beneficial for those who are already under attack or believe one is imminent.”

“Lumen is focused on developing platforms that help customers deploy and secure the applications that power 4th Industrial Revolution,” said Chris Smith, vice president of global security services at Lumen. “We leverage our insights to automate detection and response at a global scale, and this allows our customers to maintain the critical web-facing assets that power their businesses.”

How Oddschecker Migrated to Google Cloud