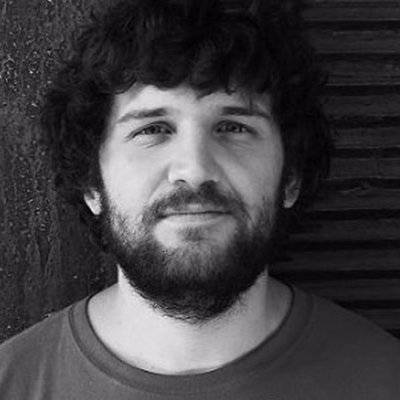 Magento 1 reaches EOL in June 2020. That means no security updates and no support from Magento anymore. We look at your options in the lead up to Magento 1 EOL.

Magento 1 will reach the end of its life in June 2020. From that date, there will be no security or feature updates. The tens of thousands of online retailers with stores based on Magento 1 are running out of time to make a decision.

When the first Magento beta was released to the public in 2007, the ecommerce landscape looked very different. Few alternatives could match Magento for features and flexibility. WooCommerce wouldn’t release its WordPress ecommerce plugin for another four years, and the only other options were expensive proprietary solutions aimed at enterprise organizations.

As the ecommerce industry grew, Magento rode the wave to become the most popular ecommerce platform in the world. It supported tens of thousands of stores and generated tens of billions of dollars in ecommerce revenue. Through several changes of ownership, culminating in its acquisition by Adobe, Magento led the way in ecommerce innovation.

In 2015, Magento 2 was released. A ground-up rewrite, Magento 2 incorporated more modern technology, improved performance, and enhanced scalability. Magento’s developers intended to retire Magento 1 soon after the release of Magento 2, but, with so many stores reliant on Magento 1, the end-of-life was postponed until June 2020.

There is no straightforward upgrade path from Magento 1 to Magento 2. Upgrading means creating a new store using Magento 2. Many retailers are reluctant to invest in a new store when Magento 1 fulfills their needs, but we are rapidly approaching the point at which upgrading or migrating is unavoidable.

Your Magento 1 store will continue to work after the official end of life, so you might choose to maintain it rather than upgrading or migrating. If that’s your plan, you should be aware of the consequences.

While it’s certainly possible to remain on Magento 1 for the foreseeable future, retailers should make that choice fully aware of the costs, security risks, and limitations.

The obvious solution is to migrate from Magento 1 to Magento 2. As a complete rewrite, Magento 2 takes advantage of the lessons learned during the many years of Magento 1’s dominance. It also incorporates newer technologies and has a clear path for future development.

As we said earlier in this article, when Magento 1 was first released, there were few alternatives. Today, the landscape is much different. Magento 2 is just one of many excellent ecommerce platforms that retailers may want to consider.

WooCommerce has grown enormously over the last few years. It is a feature-rich and robust ecommerce application that builds on the strengths of WordPress, the world’s most popular content management system. WooCommerce is not without limitations, especially for larger ecommerce stores, but for small and mid-sized stores, it’s an excellent alternative to Magento.

Owners of larger ecommerce stores may want to consider solutions such as Sylius or BigCommerce. Sylius is a relatively new open source ecommerce platform that provides as much control as Magento. BigCommerce is better for retailers who would prefer a managed cloud solution that empowers them to build a decoupled front-end.

If your business doesn’t have a plan to deal with the Magento 1 EOL, time is running out. Whether you intend to stay with Magento 1, upgrade to Magento 2, or migrate to a new ecommerce platform, now is the time to assess the risks and rewards of each approach and to plan for the future.

About Miguel Balparda and Nexcess

Who is Miguel? If you’re part of the Magento community, chances are you already know. As a Magento Master and open source Community Maintainer, Miguel Balparda can be found traveling the world imparting his Magento wisdom at events, helping improve Magento hosting at Nexcess, and approving pull requests everywhere else.

How to assess Azure ARM Template compatibility with Azure Stack

What is Cloud Storage