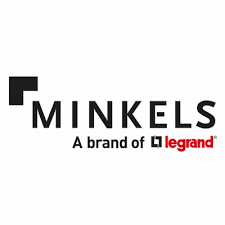 MainOne, a leading data center services and connectivity provider in West Africa with a large, Tier III+ data center company, MDXi, launched in 2015, has announced plans to expand its data center business into new territories across West Africa. MainOne will partner with data center solutions vendor Minkels, part of the publicly traded company Legrand (NYSE Euronext Paris: LR), to enter the next phase of its data center deployment plans on the African continent.

MainOne’s data center business, MDXi, has a target to build new facilities in three new locations including Sagamu, Nigeria; Accra, Ghana and Abidjan, Cote D’Ivoire in addition to an ongoing expansion of its Lekki Data Center in Lagos, Nigeria. Over the next 10 years, the company plans to build new data centers in each location and invest in infrastructure projects as part of a push to ramp up technology penetration in the region.

Reiterating the company’s commitment to the digital transformation of West Africa, Chief Executive Officer of MainOne, Ms. Funke Opeke, highlighted the opportunities in the region and noted that ICT infrastructure investments will support rapid technology proliferation. “Given the size of its markets and status as home of some of Africa’s biggest economies, West Africa has a vantage opportunity to scale up infrastructure deployment to support digital transformation. Targeted investments in the region will bridge the gap in digital infrastructure and address the increasing reliance on data storage.”

MainOne’s data center subsidiary, MDXi, built one of the region’s largest Tier III facilities in 2015 and recently commenced the second phase of the project, with additional investments to construct 300 additional racks in its Lekki facility.

Focused on developing a data center ecosystem spanning facilities across West Africa, the company now plans to launch its new Tier III data center project in Sagamu in 2019, Accra, Ghana in 2019 and Abidjan, Cote d’Ivoire in 2020.

“We are very proud to be part of the digital transformation of West Africa,” said Christiaan van Terheijden, CEO of Minkels. “is a company that knows how to drive Internet use across West Africa through investments in digital infrastructure required to grow the broadband ecosystem in the region. This benefits both inhabitants as well as Internet-enabled business models across the region.”

Part of Legrand, Minkels is a knowledge-driven producer and worldwide supplier of “high-quality” solutions for data center infrastructure. Legrand operates in more than 180 countries and achieved worldwide revenues of 5 billion euros in 2016.

Accelerated WAN Transformation During Pandemic, According to EMA Research

The Increasing Need for Storage UKFast Round Table

How to understand, build, and work with semantic models

How to perform data ingestion with Azure Event Hubs | Azure...