Anchor, an Australian managed hosting provider behind some of the biggest online retailers, has launched a fully automated Magento-as-a-Service hosting platform designed to eliminate many of the hosting headaches faced by digital agencies and e-commerce businesses. Fleet would simplify and turbocharge development workflows by eliminating the most common causes of downtime and code deployment issues.

Fleet’s Magento-as-a-Service is an automated, cloud-based platform, exclusively designed and built by Anchor. As a platinum sponsor, the managed hosting company will be showcasing its new solution next month during the Magento Imagine event in Las Vegas. 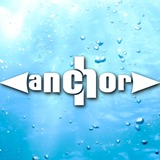 Built on Amazon Web Services (AWS), Fleet uses an immutable infrastructure model to easily clone, manage and auto-scale hosting environments. In minutes, it would be possible to deploy a fully automated hosting environment – including the optimum server configuration, load balancers and caching layers – all architected specifically to extract the best possible performance and reliability from Magento.

“In the fast-paced and highly competitive world of e-commerce, being able to adapt and evolve quickly can be a major advantage,” said Bart Thomas, CEO of Anchor. “That’s why some of today’s most successful websites push new code into production as much as fifty times a day. Fleet makes continuous delivery far easier to achieve for Australian and international retailers, without sacrificing any of the security, stability and performance that is so crucial in e-commerce hosting.”

Code is pushed live by switching between environments without any need to sync data -a methodology called ‘Blue-Green Deployment’. This would make it easy to test and deploy code with zero downtime and with virtually no risk of a mistake making it into production.

“Fleet entirely redefines Anchor, transforming us from a company that solves problems to a company that prevents them,” added Thomas. “Some of the web development companies already working with Anchor have seen major efficiency improvements by switching to Fleet – including lower costs, faster release of new features and vastly improved uptime for online retailers using Magento.”