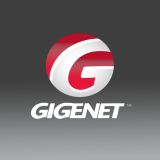 GigeNET, a managed hosting provider headquartered just outside of Chicago, IL, has unveiled a DDoS protection solution that is designed to meet the needs of Internet service providers by protecting their entire network and not just servers from costly DDoS attacks.

DDoS attacks are not limited to websites and servers as data centers are also being targeted. According to a recent study by the Ponemon Institute, released in December 2013, DDoS attacks would have become one of the most common triggers of data center outages. That’s why GigeNET has introduced the new DDoS protection solution.

“Today, customers are worried most about collateral damage from DDoS attacks,” said Ameen Pishdadi, CTO and president of GigeNET. “By establishing direct or virtual connectivity to the provider’s network infrastructure, GigeNET empowers the provider by giving them more control over their network during an attack. This allows the provider to first and foremost protect itself, so that one customer being attacked does not affect the others.”

Once an attack is identified and scrubbed by GigeNET, they use tools including VPN tunnels to pass the clean traffic to their clients. Their DDoS protection solutions vary based on the current client network designs and provide custom configurations. For example, protection can be either “always on” or have an “on/off” control. Clients are also provided with monitoring tools, so they are always aware of what is happening on their network.