Peak Hosting, a managed hosting provider with data center presence across the U.S. and in Amsterdam, the Netherlands, has announced the formation of a new executive leadership team to drive the company’s growth trajectory. John Biggi is now promoted from Chief Operations Officer (COO) to company President, while Deb Hellmer-Steele joins Peak Hosting as the new COO and Jon Billow joins the company as Vice President of Engineering.

“This past 18 months have been phenomenal for Peak Hosting as we grew revenue by 340 percent and our staff by 180 percent, and we’re not slowing down,” said Jeffrey Papen, CEO and founder, Peak Hosting. “I’m making additions at the leadership level to support our ongoing growth and to execute on my vision of a company that focuses on its employees first.”

“John brings to Peak Hosting a history of building highly functioning companies that revolve around the implementation of irrefutable core values,” added Mr. Papen. “He shares my vision that a thriving business can be built on the premise of putting people ahead of profits and can execute it in a way that delights our customers and empowers our staff. The core values that he brought to the table when joining our team in November are already permeating throughout our DNA.”

Mr. Papen will continue as CEO and chief visionary for the company. “Handing the reigns over to John will allow me to focus on what I do best, which is working with customers,” added Papen. “John and our new exec leadership team collectively represent functions critical to Peak Hosting’s ongoing success.”

After more than two decades at Nike, Deb Hellmer-Steele joins Peak Hosting as Chief Operations Officer. Most recently at Nike, Hellmer-Steele served as Executive Director of Nike’s Global Corporate Services division. Hellmer-Steele would have a proven track record leading successful operations organizations over the past 35 years. 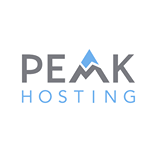 Jon Billow joins as Vice President of Engineering. Throughout his career, Billow has built and sold several IT consultancy companies where he provided the full gamut of technical support to Fortune 100 clients. At Peak Hosting, he will lead all engineering efforts with a focus on building out capabilities for customers.

“I was able to recruit Deb and Jon to join the Peak Hosting exec team as they were excited by Peak Hosting’s core values and the opportunity to be unencumbered in how they execute their new roles,” said John Biggi. “Peak Hosting is hiring rapidly, and our team will be able to put the structure in place that will support consistent growth, while providing our employees with new opportunities and our customers with even better service.”

How To Install Software From Source on Ubuntu

How can I configure NAT on my VPC CIDR for traffic...