MariaDB Corporation, a provider of open source databases, has announced that MariaDB MaxScale – its dynamic data routing platform – has received the MySQL Community Award for Application of the Year 2016.

The award-winning MariaDB MaxScale product is an open source dynamic data routing platform. It would improve application performance by dynamically routing incoming requests to a database and determining in real-time. Suspicious requests are flagged or denied to provide a database firewall for enhanced data security.

“The honor of being named Application of the Year by the MySQL Community Awards committee validates and recognizes the collective innovation of the open source community and MariaDB,” said Michael “Monty” Widenius, MariaDB’s chief technology officer (CTO).

The MySQL Community Awards are given annually to the people and companies that support the MySQL ecosystem – which is comprised of one of the most active communities of open source developers in the world. 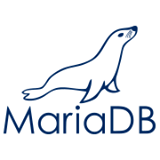 The MySQL Community Award for the Application of the Year 2016 recognizes applications, projects, products and more which support the MySQL ecosystem by either contributing code, complementing its behavior or supporting its use. This could range from a one-man open source project to a large scale social service. The winners are selected by an independent community panel.

MariaDB MaxScale would be popular for MariaDB and MySQL database deployments. It is widely used to enhance application scalability as database load balancer for Galera Cluster deployments, for master slave replication setups and as a replication relay. Its modular architecture would enable fast incorporation of additional capabilities, and the product includes plugins such as read write split, query filtering and query logging.

MariaDB has over 12 million users in more than 45 countries, including global brands such as HP, Wikipedia, Virgin Mobile, and Booking.com. MariaDB is also included in Microsoft Azure, AWS, Pivotal Cloud Foundry, Rackspace and other cloud stacks.

Catalyst 9600, Bedrock of the Cloud-scale Campus – Just the Tech

Bigtable, BigQuery, and iCharts for ingesting and visualizing data at scale...