Chrome and other popular browsers still support SPDY, but MaxCDN has removed it completely in favor of HTTP/2. This means that MaxCDN users can now utilize the CDN hosting solution to deliver their content from MaxCDN’s edge servers over either HTTP/1.1 or HTTP/2.

By enabling HTTP/2 on MaxCDN’s CDN hosting solution, one would be able to take advantage of binary framing, multiplexing, and header compression. These features are designed to help deliver content faster, more efficiently, and more securely. 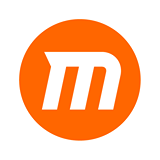 HTTP/2 is the second major version of the HyperText Transfer Protocol (HTTP) developed by the Internet Engineering Task Force, the protocol used to deliver content over the web. Known as SPDY, it was designed to work alongside the then-current HTTP/1.1 protocol by manipulating and optimizing traffic as it left the server. In 2015, SPDY was integrated into – and gradually replaced by – HTTP/2.

HTTP/2 was designed to overcome many of the shortcomings of HTTP/1.1, particularly with how content is delivered over a network. Users would see improvements in page load speed and responsiveness, while website administrators would see lower resource usage.

MaxCDN is privately held and headquartered in Los Angeles, California.

Amazon Connect Customer Service Experience: The Art of the Possible

Strategies for success of your Business – Suveer Bajaj