McAfee vNSP would protect at the workload level, eliminating the single point of failure created by other solutions for a whole network segment. As part of the test drive, participants can simulate real-world attack use cases, configure policy and review reporting dashboards. 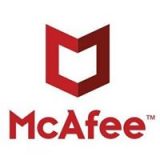 “AWS covers a lot of ground, such as security of the cloud, but users are still responsible for their security in the cloud – including securing their operating systems, applications and data traffic,” said Shishir Singh, vice president and general manager of the Network Security business unit, McAfee. “While firewall configurations are important, security teams and cloud architects need to address exploit prevention, malware protection and gain visibility into the lateral movement of threats. With McAfee Network Security Platform, users can move beyond the basics to more sophisticated protection of their cloud network.”

Advanced malware can reach an organization’s AWS workloads through network traffic, along with cross site scripting, botnets and SQL injection attacks. Deploying infrastructure in the cloud can also open the window for new vulnerabilities that fall under the customer’s responsibility – if one virtual server in AWS Cloud is compromised, the malware can potentially roam to other vulnerable servers in the same customer environment.

McAfee vNSP has been designed from the ground up to work in highly distributed AWS Cloud infrastructure to ease network congestion. Instead of taking a traditional approach, monitoring an entire network segment to effect protection for a single workload, McAfee vNSP would protect at the individual workload level. This approach would guarantee visibility of inter-segment traffic, eliminating a single point of failure for an entire network segment and “efficiently” using security resources only where directed. The McAfee vNSP solution built specifically for AWS Cloud can also be managed from the same console as on-premises McAfee NSP.

McAfee also recently released the new Amazon Machine Image (AMI) for McAfee Public Cloud Server Security Suite (McAfee PCS), which is available on an hourly basis on the AWS Marketplace. This Paid AMI would provide a flexible option for protecting AWS Cloud workloads since there’s no need to estimate usage and obtain a license before getting started.

The Town of Cary Drives Innovation to Improve the Lives of...