Opsgility, a Microsoft cloud technology trainer for developers and IT professionals, built around a network of industry experts and technical authors located in more than 10 countries, has announced the opening of a new subsidiary office located in Dublin, Ireland.

As a ‘cloud readiness’ company, Opsgility provides both instructor-led and on-demand training for individuals and enterprises, along with real-time lab environments for immersive learning. Opsgility has more than 75 subject matter experts globally available. 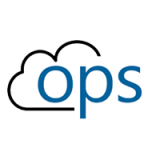 “Not only are we excited to be opening this new office, we’re also thrilled to bring such a strong technical leader to Opsgility,” said Michael Washam, CEO of Opsgility. “The cloud readiness market is rapidly growing, and this new office, paired with Jonathan’s skillset, presents us the opportunity to better service our global clients.”

Dr. Jonathan Tuliani has been appointed as the Managing Director of this new Opsgility office, effective July 1. Mr. Tuliani will report to Michael Washam and will oversee the rapidly expanding European market. Tuliani comes to Opsgility after spending more than nine years at Microsoft, most recently serving as the Principal Program Manager on the Azure Networking Team. As part of a global team, he led the development of multiple Microsoft Azure services, including Azure DNS and Azure Traffic Manager.

“This new role will allow me to act as a bridge between Microsoft’s Cloud technology and Opsgility’s breadth of customers,” said Jonathan Tuliani. “I was drawn to the direct line between the work Opsgility does and the value that’s delivered to their customers.

Prior to Microsoft, Mr. Tuliani was the Technical Director at Cryptomathic Limited, a specialist security software vendor. Reporting directly to the CEO, he was responsible for all UK technical activities. Tuliani earned his Ph.D. in Mathematics from the University of London.