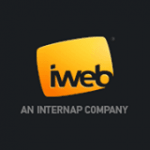 Available immediately, the Microsoft Private Cloud from iWeb allows businesses to use virtualization to build a software defined data center hosted at iWeb, but managed by their own IT teams. iWeb‘s dedicated infrastructure is fully-managed in the company’s data centers and delivered on one of the world’s largest networks.

With the Microsoft Private Cloud Hosting service from iWeb, businesses can:

iWeb provides its services to over 10,000 customers in more than 150 countries worldwide. Since 1996, Montreal-based iWeb has been among Canada’s fastest growing companies.

How to Install Node.js for VPS