MOD Mission Critical (MOD), a global network service provider headquartered in Lone Tree, Colorado, has announced the addition of 18 new Managed Service Points of Presence (PoPs) located in strategic markets throughout the U.S., and in Canada and Mexico, bringing its total to 26.

The company’s aggressive expansion into these major global business hubs is in response to the growing international managed service market, specifically in the advertising, e-retail and security verticals, as well as the increased IPv4 network address requirements of these customers.

Statista predicts that the size of the global managed services market will grow from approximately $155 billion in 2016 to $229 billion in 2020. MOD Mission Critical offers IP Transit, IP Transport, MPLS, and colocation services worldwide. 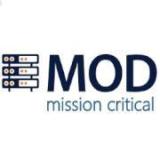 “Given the increasing digitalization and globalization of business, particularly across advertising, e-retail and security sectors, MOD recognizes the importance of providing managed IT and colocation services wherever our customers need to be,” said Mike Hollander, Co-Founder and CEO of MOD Mission Critical. “MOD’s aggressive expansion into strategic domestic and international locations around the world with the establishment of these new Managed Service Points of Presence – and in view of the growing international managed services market, the majority of whose customers have IPv4 network address requirements – allows our company to play to its greatest strengths.”

How You Use It Matters

From 0 to 3 Million+ Deployments: Scaling App Platform on Kubernetes