Morpheus Data, the entity behind the Morpheus cloud application management and orchestration platform, has announced native integration with Microsoft Hyper-V on Morpheus versions 2.7.2 and above. The new release would represent a significant step forward in creating a truly infrastructure-agnostic platform for distributed systems.

Morpheus users can now enjoy centralized management of multiple Hyper-V hosts and machines in addition to existing support for most popular hypervisors, containers, and clouds.

Hyper-V integrations are uncommon among modern cloud management platforms because Hyper-V does not have a typical web-based REST API. Integrations require the use of PowerShell scripts in order to deploy to bare metal. Rising customer requests drove the Morpheus team to invest considerable time and resources into building a native integration. The integration is now fully deployed and production ready on all new Morpheus builds. 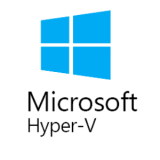 Hyper-V’s low cost and compatibility with Microsoft Azure are driving a rise in interest, according to Morpheus Data, but VMware ESXi still dominates the enterprise hypervisor market. As a result, many customers currently run Microsoft Windows servers in a VMware environment. While this method would be effective, it is not the most operationally efficient solution. Windows Server users would be able to realize considerable cost savings by switching to a native Hyper-V environment.

“The new Hyper-V integration will allow more customers to truly unlock their hybrid clouds,” said Pete Beecher, President of Morpheus Data. “We can save customers millions of dollars in licensing costs alone, but we are also helping them get more out of their clouds and infrastructure than they ever thought possible. As more customers move to hybrid clouds, it will be vital to have a platform that can manage distributed systems across heterogeneous infrastructure. Hyper-V integration makes this a reality for many customers.”

Top Tips for Using Technology in Education – UKFast Round Table

How to Make Profits Selling Backup for Office 365