DataCore Software, a provider with patented technology that eliminates storage bottlenecks with adaptive parallel I/O optimization while enabling “zero-downtime” synchronous mirroring, has announced the appointment of Dave Zabrowski as its chief executive officer (CEO) and Gerardo A. Dada as chief marketing officer (CMO). 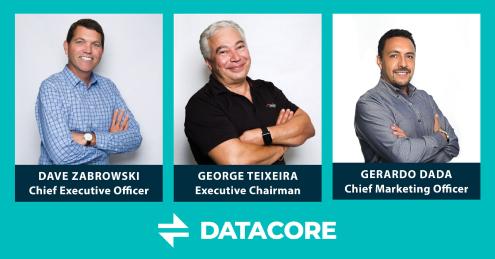 DataCore claims to be an authority on real-time data. The company pioneered software-defined data center storage and is now bringing its technology to hyper-converged and workload optimization.

Dave Zabrowski would bring extensive cloud, infrastructure, analytics and go-to-market experience to DataCore. He most recently served as founder and CEO of Cloud Cruiser, a cloud analytics company that was acquired in 2017 by HPE, and previously served as CEO of Neterion, an early pioneer in networking virtualization.

Mr. Zabrowski was also vice president and general manager at HP, where he was responsible for a $2.5B business unit of enterprise servers, storage, and PCs. He received a bachelor’s of science degree in Electrical Engineering from Purdue University and an MBA in International Business from UCLA Anderson School of Management.

Gerardo A. Dada is an experienced technology marketer who has been at the center of the web, social, mobile and cloud revolutions at some of the world’s leading companies. He joins DataCore after most recently serving as vice president of product marketing and strategy at SolarWinds.

Earlier, Mr. Dada was head of product and solutions marketing at Rackspace, where he established the company as the leader in hybrid cloud. He has also held senior marketing roles at Bazaarvoice, Motorola, and Microsoft. Dada received a five-year business degree from a UAEM University in Mexico and a general management certificate from University of Texas at Austin.

Former CEO and original founder George Teixeira transitions to the role of executive chairman, where he will work with the management team on key strategic initiatives for DataCore Software. This includes driving the company to its next level of growth as it delivers software solutions that enable real-time data, allowing IT departments to radically improve the economics, availability, and responsiveness of their systems.

How to use the Bad Bot Blocker in WordPress

20 – How to specify tax rules with WHMCS