In his new role, Claudio Perugini will lead and further scale Aryaka’s global partner program as the company continues to grow rapidly while expecting to expand its market footprint in 2018. 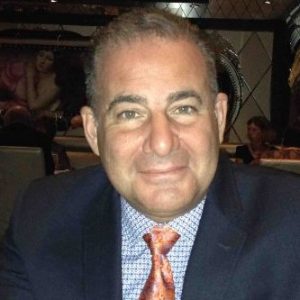 “Aryaka’s channel partners have played an essential role in establishing the company as the market leader in the global SD-WAN space,” said Claudio Perugini. “Our technology is a game-changer for the channel community as we offer global enterprises a next-generation alternative to legacy network technologies. As the Senior Vice President of Global Channels, my key focus areas will be recruitment, further scaling the channel organization, enhancing the structure of the Aryaka Global Partner Program, and improving partner enablement.”

Claudio Perugini has more than 30 years of channel and sales leadership experience in the networking industry, with a specific focus on facilitating growth and helping businesses execute to an initial public offering (IPO).

Prior to joining Big Switch Networks, Mr. Perugini was Executive Vice President of Worldwide Sales at LightCyber, which was acquired by Palo Alto Networks in February 2017. Perugini also spent nearly five years at Gigamon as Vice President of Sales, Americas, where he was a member of the sales leadership team that assisted in the company’s IPO in 2013.

“With more than 30 years of sales and channel leadership experience in the networking industry, Claudio is uniquely qualified to further expand Aryaka’s Global Partner Program,” said Shawn Farshchi, President and CEO of Aryaka. “His expertise in building and leading channel and sales organizations pre- and post-public offering is going to be vital as we execute toward a successful planned IPO.”

Colocation Provider CyrusOne to Build Another Data Center in Texas

How to point a domain name to my website (hosted with...

Elastic{ON} Tour: Ask Me Anything

NAKIVO Releases v5.7 with Full Support for VMware vSphere 6 and...