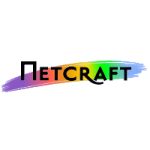 2013 has been a year of significant change, according to Netcraft’s January 2014 Web Server Survey. In the aftermath of NSA documents leaked by Edward Snowden, website owners are increasingly opting for SSL certification to secure their website traffic. 48% more websites within the million busiest are using SSL than in January 2013.

In total, there are now over half a million more SSL certificates (+22%) in use on the web since January 2013. The estimated total revenue of the hosting industry has increased even more rapidly, by 28% from September 2012 to September 2013, reflecting the increased uptake of more expensive certificates including Extended Validation, multi-domain, and wildcard certificates.

Netcraft’s January Web Server Survey results have also revealed that Apache’s leading market share has fallen by 14 percentage points since January 2013 and now stands at 42%. In stark contrast to Apache, Microsoft had a strong year – almost 150 million more web sites use a Microsoft web server than in January 2013. Microsoft’s share is close to 30% of the entire market now. Open-source web server NGINX has continued to gain acceptance, especially amongst the busiest web sites. NGINX is now used on 14% of all web sites found, up 2 percentage points since January 2013.

Apache remains the most commonly used web server on the internet, 10 million more web sites are using it than this time last year; however, this growth has not been sufficient to maintain its share of a market which grew by more than 200 million web sites in 2013.

CodeGuard CEO: “CodeGuard Is More Than Just a Provider of Backups”

Cisco Tech Talk: One button to Join Webex Calling on a...