Zayo Group (NYSE: ZAYO), an international provider of bandwidth infrastructure and colocation services, has announced the acquisitions of Canadian company Allstream and Ireland-based Viatel. The acquisition of Allstream adds substantial fiber and colocation assets in Canada to Zayo’s infrastructure, while the Viatel acquisition provides Zayo with Pan-European intercity and metro fiber capability via an 8,400-kilometer fiber network across eight countries.

The purchase price of Viatel is approximately €95 million. The company is a wholly owned subsidiary of the Digiweb Group, a full service telecommunications and managed services operator based in Dublin, Ireland. 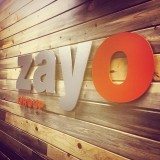 “The combination of Zayo and Viatel will provide far greater network reach and growth potential for Viatel’s customers,” said Colm Piercy, CEO of Viatel. “We will continue to offer leading Voice, Data and Hosting solutions in Ireland.”

RoadLaunch uses IBM Cloud to gain a competitive advantage in the...

How to setup email forwarding in cPanel