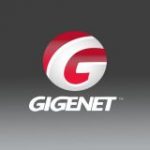 Automated DDoS Protection enables GigeNET to provide DDoS monitoring and mitigation on cloud servers for new and existing clients. Setting up this service takes just minutes, and there is no need to change an IP address. The company claims to be using groundbreaking algorithms and exclusive hardware configurations for its DDoS protection.

Malicious traffic in the cloud

Its latest innovation detects malicious traffic in the cloud hosting environment, and reroutes it through a new scrubbing center, allowing valid traffic to pass through uninterrupted. GigeNET, a pioneer in the detection and protection from DDoS attacks, is headquartered just outside of Chicago, where it owns and operates a 17,000 square foot data center. The managed hosting provider also has a facility in Los Angeles and its East Coast expansion is underway.

In response to the rapid growth in the number and size of DDoS attacks, GigeNET recently enhanced and fortified its high capacity network by completing the initial build out and installation of its own dark fiber ring. Using dark fiber would allow the managed hosting provider to increase its data center capacity by almost 100 times while strengthening its reliability and security.

Marco Reuschel invites you to CloudFest 2021

How to Use the Microsoft Secure Score API