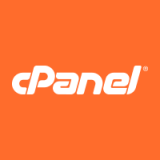 cPanel has announced the release of its second major version of 2017, boasting “tons of new features and a slew of improvements for the web hosting industry.” cPanel & WHM version 64 started development in January 2017 and began being released through the cPanel & WHM release tiers in March. It enters the STABLE tier now, and would soon be the version used on more than 75% of cPanel & WHM servers.

The new version of cPanel & WHM is released with the ability to have instant email delivery on iOS devices, new integration possibilities for server notifications, and expansion of the cPAddons integration to support RPM installations. Additional features include improvements related to website security, email storage and searching, and the backup system.

cPanel has been delivering their intuitive web hosting automation software for the web hosting industry since 1997.

Webex Meetings for Engineering and Design