IBM has announced general availability and improvements to a set of services for their IBM Cloud Platform-as-a-Service (PaaS) offering, Bluemix, that would enable developers to more seamlessly integrate Java-based resources into their cloud-based applications. 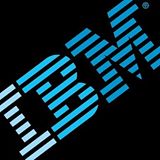 The new IBM Cloud tools are designed to help developers broaden the capabilities of their applications to give users a more robust cloud experience, by leveraging added security and flexibility to use a vast array of resources for their development.

The new and improved IBM Cloud tools include:

The open-standards-based IBM Bluemix catalog includes over 100 tools and services of the most prominent open-source technologies combined with IBM and third-party services that would allow developers to build, run and manage cloud applications with more flexibility. IBM launched its Bluemix platform via a $1 billion investment in 2014.

What Pro Sports Can Teach Us About Digital Transformation

AWS Educate – Bring Your Site to Life with Amazon Polly