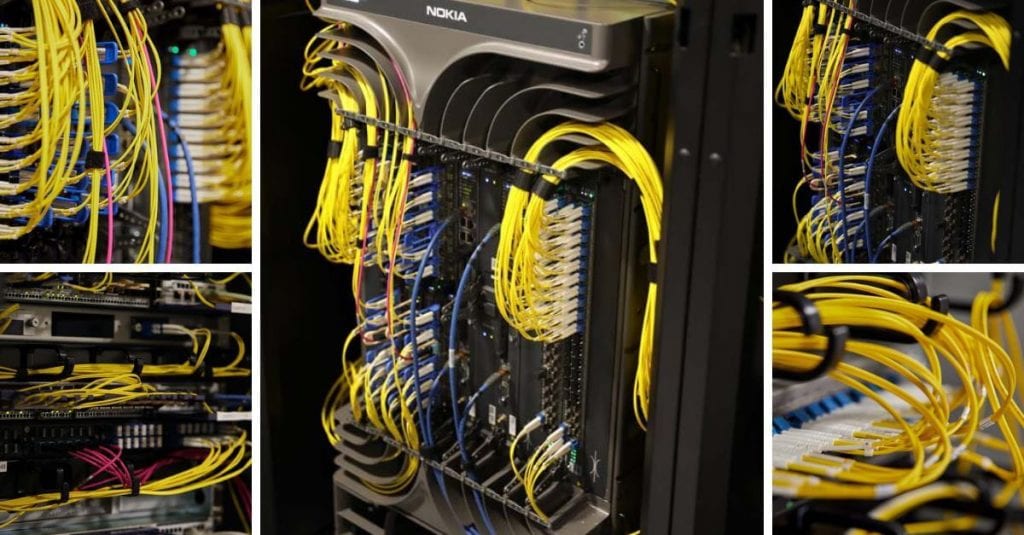 DE-CIX together with Internet companies DOKOM21, TMR and GELSEN-NET have founded a new network ecosystem for the digital economy that spans city boundaries. DE-CIX operates Internet Exchanges globally while each company joining is based in a different city in the German Ruhr region.

An Internet Exchange for the entire Ruhr region would further improve the quality of the Internet in the region and contribute to the economic growth of the historical German industrial area. The Ruhr is the ninth-largest metropolitan region in Europe, with a population greater than that of Rome. The exchange, called ‘Ruhr-CIX powered by DE-CIX’, will be housed in the data centers of DOKOM21, TMR and GELSEN-NET, in the cities of Dortmund, Bochum, and Gelsenkirchen respectively.

The Ruhr region, with 53 cities and a population of more than 5 million, is the largest urban region in Germany. 37 of the Top-500 Companies in Germany are based here. Ruhr-CIX would reduce the packet run-time between the connected Internet companies and result in a more stable network for applications like cloud computing, VoIP connections, video, gaming, music streaming, and many others. Beyond this, Ruhr-CIX also has the objective of building an improved connection to major Internet companies like Google, Akamai, Microsoft, Amazon, Netflix, and Facebook.

The new Internet Exchange will be operated by DE-CIX on behalf of the three regional Internet companies DOKOM21, TMR and GELSEN-NET as part of the DE-CIX ‘Apollon-as-a-Service (AaaS)’ program. The DE-CIX AaaS program includes a range of services, such as the provision and installation of the technology, maintenance, and support for marketing and sales. Further examples of the DE-CIX AaaS program include UAE-IX powered by DE-CIX in Dubai and SEECIX powered by DE-CIX in Athens, the latter also having been founded in 2020.

“With Ruhr-CIX, we make a contribution to bringing the densely populated historical Ruhr region into the digital age, offering it even greater sovereignty and an essential digital importance,” said Harald A. Summa, CEO of DE-CIX. “Improved Internet quality – resulting alone from the localized distribution of the data – will be complemented by the improved stability and flexibility of the regional infrastructure. Connected companies will enjoy a noticeable improvement in their connection quality, meaning that Ruhr-CIX will contribute to their economic success. Through the direct connection to DE-CIX, they also become a part of a global digital ecosystem including important international players.”

For the last 25 years, DE-CIX has been operating Internet Exchanges in metropolitan regions worldwide, including New York, Madrid, Frankfurt, Istanbul, Dubai and Mumbai. Ruhr-CIX would be realized with the same high availability and security requirements as every other of the more than 20 DE-CIX locations around the world.

“Through a cooperation with DE-CIX, our partners achieve optimal interconnection and improved marketing towards national and international content providers, cloud providers and Internet service providers,” added Mr. Summa. “As well as towards companies that are active both nationally and internationally, and systems integrators that are based outside of the Ruhr region.”

IT Leader’s Perspective on Migrating SAP Systems to the Cloud

Why Upgrade to the Cisco Catalyst 9600