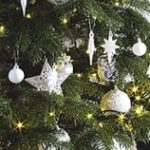 Xmas is coming and that does not only bring us Santa Claus and Christmas trees. It also brings us ecommerce high-season and a variety of studies on ecommerce issues. One of the first is from PEER 1 Hosting. Nearly 70% of online shoppers would spend more online if eCommerce websites were better, according to the online survey among 1000 British adults.

The survey was designed to uncover the true consumer opinions of high street brands online, to highlight the widening gap between service in store and service online.

The study by Peer 1 Hosting also revealed that if an online sale is lost, 33% of the ecommerce customers say that they would likely go to a competitor with only 15% stating that they would go to the site’s offline store to make a purchase after all.

Consumers were asked to select the brands that had lost their online business from a selection including the UK’s biggest retailers. The retailers named the most frequently in the poll were:

“With seasonal shifts like Christmas, as well as days like Mega Monday and Black Friday causing huge demand for retailers, it is vital that retailers are ready to meet the needs of shoppers,” said Dom Monkhouse, EMEA MD at PEER 1 Hosting. He says that the survey outcome shows how brands need to wake up to the reality of how much a bad website can cost them. “Retailers that get this wrong online are losing customers who go to rival shops both online and offline.”

Monkhouse: “This Christmas will see a rise in consumer spending, on multiple devices. It’s paramount for brands to ensure that their ecommerce proposition is not driving shoppers into other retailer’s stores.”

PEER 1 Hosting is a dedicated eCommerce web hosting provider, offering managed hosting, cloud services and dedicated servers to the busiest eCommerce websites. With European operations headquartered in Southampton, UK, the company has been serving the needs of the eCommerce industry since 1999.

What is an email auto-responder?

How to setup a forwarder for an entire domain in cPanel