Canadian Web Hosting, a web hosting services provider from Canada, has announced a major upgrade to its core networking infrastructure. The company has completed its new CloudStream Backbone Network that would deliver a highly redundant dedicated network backbone across Canada for its web hosting and cloud hosting customers.

With the launch of this CloudStream Backbone Network, Canadian Web Hosting customers would immediately benefit from reduced latencies throughout Canada, while significantly increasing security and encryption and having the reassurance that their network is 100% Canadian. 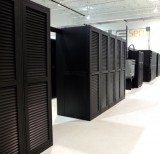 With its proprietary Network Backbone, Canadian Web Hosting is making a commitment to maximize performance and network scalability offering up to full gigabit Ethernet connections for every server and device. In addition, the CloudStream Backbone Network is designed to handle and move massive amounts of data for current and future services like cloud hosting, Internet-of-Things (IoT), video, enterprise apps and virtual reality (VR) apps.

“As a leading service provider in infrastructure and cloud hosting services, we understand many of our new and existing customers’ pain points,” said Matt McKinney, Chief Strategy Officer at Canadian Web Hosting. “Our multi-million dollar investments into our network were built so our customers no longer have to settle for legacy networks designed in the late 90s, second-tier bandwidth, or connections owned by American companies that continue to flow through cities like Chicago or Seattle and being routed back into Canada.”

“There are so many emerging technologies coming to the forefront that require low latency and high capacity network links,” added Mr. McKinney. “We believe that our customers are well positioned for the next phase of application and IoT hosting and will be able to meet the most demanding requirements.”

CenturyLink Adds 180,000 Square Feet of New Colocation Capacity in US,...