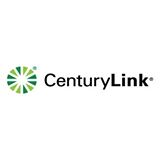 CenturyLink, the third largest telecommunications company in the U.S. and provider of colocation services, has announced further investment in its hosting capabilities with plans to expand its colocation capacity in eight markets in the U.S., Canada and UK during 2014.

The opening of three new data centers in North America, paired with expansions to five existing CenturyLinkcolocation facilities, would respond to global demand for secure cloud, colocation and managed hosting services, particularly in regions with a strong CenturyLink network presence.

The new data center builds and expansions in the United States, Canada and UK will offer more than 180,000 square feet of additional colocation space to CenturyLink’s global presence.

The new data center facilities include:

The colocation facility expansions include:

“CenturyLink is committed to investing in world-class data center infrastructure to meet growing demand for access to comprehensive and secure technology solutions that power business transformation,” said Jeff Von Deylen, president, CenturyLink Technology Solutions. “By adding colocation capacity in these key locations, we position ourselves firmly for delivering the advanced network, hosting and IT services that organizations depend on to compete in the global economy.”

Outsourcing IT in the Public Sector for SMEs – UKFast Round...