CentOS 7 and Ubuntu Server 14.04 incorporate several powerful new features that have been recently added to the Linux kernel and numerous application updates. Both operating systems now include support for LXC and Linux Containers, the system-level virtualization method which allows for the running of multiple isolated Linux environments on a single host. Linux Container support enables the use of Docker and other systems that allow developers to build, ship, and run applications in portable environments.

“Both CentOS 7 and Ubuntu Server 14.04 include exciting new features that improve the efficiency, productivity, and flexibility of our hosting platform and our new VPS and Cloud Hosting plans,” said Ali Mirdamadi, CEO and President of Cirrus Hosting. “LXC support in particular will be a welcome addition for developers. Containers enable developers to move applications smoothly from development and testing environments into production on Cirrus Hosting servers.” 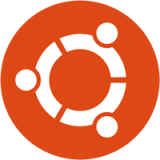 Other highlights of Ubuntu Server 14.04 include Python 3.4, Puppet 3, a major version upgrade for the Apache web server which moves from version 2.2 to version 2.4, and PHP 5.5. Major changes to CentOS 7 include in-place upgrades from CentOS 6.5, XFS as the default filesystem, and LVM snapshots. Both operating systems also benefit from numerous updates to core applications and libraries.

Founded in 1999, Cirrus Hosting is specializing in VPS hosting and cloud hosting packages. Its services include root access, instant provisioning, and hardware independence with failover and fully redundant infrastructure.

How to run ASP.NET apps on Windows or Linux | One...