Claranet, a European managed services providers, acquires Portuguese managed hosting and applications provider Echiron, as part of its continued expansion into Europe. The acquisition of Echiron, which has annual revenues in the region of €5 million a year, cements Claranet’s managed hosting position in Portugal. 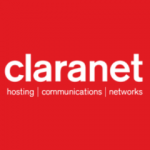 Founded in 2000 and based in Lisbon, Echiron is recognized for its expertise in cloud hosting, database and Microsoft & Oracle application management services. With offerings that complement and broaden Claranet’s existing service portfolio, Echiron would be  a natural partner for Claranet. Echiron has 90 customers across all industry sectors, including BMW Portugal, Calouste Gulbenkian Foundation (one of the largest private foundations in Europe) and SPMS (Portugal’s centralized health system administration body).

Claranet has grown steadily since it was founded in 1996. Echiron is the latest in a wave of acquisitions made by the company in the last 18 months across Europe – with Star in the UK (November 2012) and Typhon in France (December 2012) – as the business undergoes a period of rapid growth.

As a result of this managed hosting acquisition, the Claranet Group will have annual revenues in excess of €155 million, circa 750 employees, over 4,500 customers and operations in 6 European countries, in France, UK, Germany, The Netherlands, Spain and Portugal.