DOSarrest Internet Security, a cloud based Internet security services company founded in 2007 in Vancouver, B.C., Canada, has released a new service offering called Cyber Attack Preparation Platform (CAPP). This new service would allow customers to log in to the CAPP portal and launch DDoS attacks on their own Internet assets – to see how their existing defenses stand up to real-world attacks. 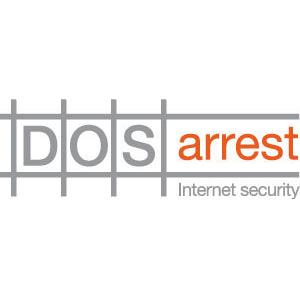 This new DOSarrest internet security service would enable anyone to choose from a wide variety of stock TCP and HTTP attacks – some developed in-house and some taken from the wild by DOSarrest over its 11-year history in protecting against DDoS attacks. There are over 40 different attacks to choose from, some TCP attacks can generate up to 80 Gb/sec of malicious TCP spoofed traffic, others offer more complex HTTP attacks

“We have been using a simulated DDoS attack system for a few years now but our present customers and non-customers alike want to operate the system on their own and see the results,” said Mark Teolis, CEO of DOSarrest. “Now they can.”

Other major capabilities of the Cyber Attack Preparation Platform include:

“It’s interesting to see how different systems react to attacks, CAPP not only shows you the traffic to the victim but also shows you the traffic response from the victim,” said Jag Bains, CTO of DOSarrest. “A small attack to a target can actually produce a response back that’s 500 times larger. This is the best tool I’ve seen to fine tune your cybersecurity defenses, if you fail you can make changes and launch the exact same attack again, to see if you can stop the attack.”

John Gould of CyrusOne: The Enterprise Journey to the Cloud

How to create a MySQL database user in cPanel