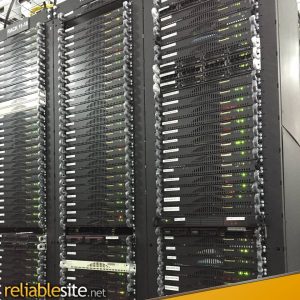 The new Los Angeles data center location would offer direct connectivity and low latency to many areas of the world. In addition to expanding the hosting capabilities in the U.S., this new location would also provide reliable routes between the U.S. and countries in the Asia-Pacific area, including China and Australia.

“We are happy to announce that ReliableSite is expanding to another data center that has always been in demand for our dedicated server customers,” said Radic Davydov, founder and CEO of ReliableSite. “We look forward to offering our premium network and respected service in more places than ever.”

ReliableSite’s dedicated hosting customers and resellers also have access to its “rapid deploy” servers, which are pre-configured bare metal servers that allow growth similar to that of a cloud environment without the limitations of cloud. The “rapid deploy servers” would be a good fit for those who need a quick setup and all of the resources of a dedicated server.

How to Create A MySQL Database in cPanel

What are cost-effective ways to store mobile app data in Azure?...