Dimension Data, the $5.8 billion global ICT solutions provider, has announced that it will quadruple the size of its data center business to $4 billion in the next five years, fueled by the IT-as-a-service and managed hosting services trend in the market. Data Dimension’s existing $1 billion data center business has a significant presence in all major regions worldwide. 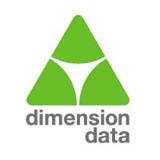 The company is looking to aggressively grow and scale its data center business both organically and through acquisition. In addition, Dimension Data believes its access to a significant set of data center assets across its parent company, the NTT Group, differentiates the business. NTT is one of the world’s largest providers of data center space, with some 243 data centers globally.

Although all of Dimension Data’s geographical markets are targeting exponential growth, analysis would show there will be higher rates of development in mature regions such as North America and Europe, given the legacy data center investments in those regions that require transformation. For many organizations, the most cost effective way of navigating the future would be through IT-as-a-Service, managed hosting services, and outsourcing.

“In all regions and with all clients, large and small, there is an urgent need to undergo the transformation process needed to not only achieve better data center performance and manage disruptive technologies, but to also become progressively greener, in terms of environmental custodianship,” said Steve Joubert, Group Executive for the Data Center Business Unit.

“Getting there requires an integrated approach in the secure delivery of workloads and applications across the traditional data center, cloud and the enterprise network, all of which make up the next-generation data center,” Joubert added. “This calls for a level and range of capabilities that the average organization doesn’t have and shouldn’t need to build or acquire.”

How to Use Nested Input Controls in Kibana (6.3)

How to create a subdomain in cPanel