The acquisition of TelecityGroup would enhance Equinix’s existing data center portfolio by adding seven new markets in Europe and provide customers even more ways to connect with other businesses around the world on Platform Equinix. Through the acquisition, Equinix will add data center facilities in Bulgaria, Finland, Ireland, Italy, Poland, Sweden and Turkey. 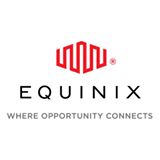 TelecityGroup also brings more than 1,000 net new customers to Equinix, including more than 200 network and mobility companies and more than 300 cloud and IT services companies. This would further strengthen the business ecosystems found inside of Equinix International Business Exchange (IBX) data centers.

Equinix has made three acquisitions in the last twelve months including professional services company Nimbo in the U.S. in January 2015 and Bit-isle in Japan in November 2015. The TelecityGroup and Bit-isle acquisitions significantly expand Equinix’s global platform (after planned divestitures) from 105 data centers in 33 metros to 145 in 40 metros.

TelecityGroup’s Chairman, John Hughes, will be joining the Board of Directors of Equinix, while Equinix‘s EMEA President, Eric Schwartz, will serve as the head of the combined regional business in EMEA.