With this deployment, Equinix’s data center footprint would increase its use of clean, renewable sources from 30% to 43% globally. 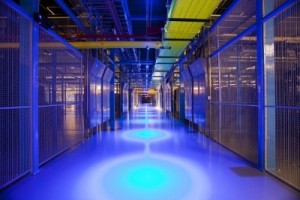 The solar power project, known as the Mount Signal Solar II project, will be located in the territory of San Diego Gas & Electric near Calexico, California, and just north of the United States-Mexico border. Construction of the 150 MWAC total capacity solar farm is expected to begin in 2015 and achieve commercial operation in the second half of 2016.

The Mount Signal Solar II project is expected to generate 300,000 MWh per year to offset Equinix’s electrical consumption. The project would effectively reduce Equinix’s carbon footprint by over 180 million lbs of CO2 annually – ‘the equivalent of taking 18,000 passenger cars off of U.S. roads each year.’

Earlier this year Equinix announced its commitment to 100 percent clean and renewable energy for its entire global footprint of 105 data centers located in 33 markets.

Equinix continues to deploy innovative new technologies to make this commitment a reality. Most recently it deployed a 342 kWp PV solar system at its SG3 IBX data center in Singapore. The company is also in the process of installing a 1MW fuel cell system, fueled by biogas, at its Silicon Valley (SV5) data center.

How to Enable Piped Logging in Apache

AWS re:Invent 2017: Making the Shift from DevOps to Practical DevSecOps...