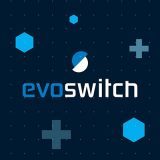 EvoSwitch, a provider of 100% carbon-neutral operated colocation data centers in the Europe and the U.S. with its partner-rich cloud interconnection platform, EvoSwitch OpenCloud, has been awarded the ‘Best Energy Solution’ award at this year Datacloud Awards 2017 in Monaco (June 6-8). This award recognizes EvoSwitch’s achievements with regards to the company’s in-house engineered, free cooling based data center technology with ultra-low PUE figures – as being deployed in EvoSwitch’s data center campus in Europe (Amsterdam region).

At the Datacloud Europe 2017 ceremony yesterday evening in Monaco, EvoSwitch was one of four contenders for the ‘Best Energy Solution’ award. Other companies selected by the panel of judges include Asperitas, EcoCooling and NLDC. Datacloud Europe is BroadGroup’s annual networking and deal-making event for the European cloud and data center industry.

As an owner/operator of carbon-neutral data centers in Europe (Amsterdam region) and the U.S. (Washington DC area), EvoSwitch has designed and engineered its energy-efficient ‘free cooling’ concept in-house to address demanding and multi-tenant requirements for colocation and cloud-usage. During the award ceremony yesterday evening in Monaco, Eric Boonstra (Chief Executive Officer EvoSwitch) and Patrick van der Wilt (Commercial Director EvoSwitch) were representing EvoSwitch to see if their energy-efficient data center design with ultra-low PUE figures would be selected as a winning solution. Now it’s confirmed that EvoSwitch’s data center innovation may call itself an‘award-winning’ technology. 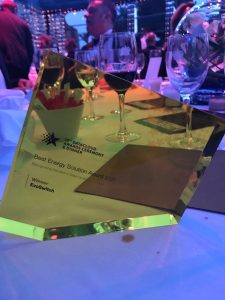 Datacloud’s Best Energy Solution award recognizes a data center facility, a team or an individual with a demonstrable track record of implementing an innovative approach. The panel of judges was looking to identify a business that has significantly demonstrated the use of a disruptive energy innovation within the data center environment, preferably providing an exemplar of innovation in energy management to the ‘global’ data center industry.

“The Datacloud Awards celebrate some of the best companies, individuals and technologies in this increasingly challenging and competitive industry,” said Gerd J. Simon, chairman of the Judges Panel. “The Best Energy Solution award was a hotly contested category, with entries of outstanding quality reflecting the amount of change and innovation that is happening in the industry right now. We congratulate EvoSwitch on their achievement.”

EvoSwitch’s energy-efficient data center technology has quite an “innovative” design that’s now being awarded with the first prize for Best Energy Solution at BroadGroup’s Datacloud Europe 2017 event. EvoSwitch’s innovation is a highly modular, containerized architecture that has been awarded legally registered patents. The integrated, flexible data center infrastructure is not only intensively optimized for energy-efficiency, but also for operational efficiency and ultra-short lead times for data center deployment.

“By winning this data center energy-efficiency award, we’re proud to show that EvoSwitch is perfectly positioned to meet the dynamic hybrid cloud and IoT-driven needs of customers worldwide,” said Eric Boonstra, CEO of EvoSwitch. “EvoSwitch being awarded the first prize for Best Energy Solution at the Datacloud Europe event, is another proof that we’re on the right track with our innovation and engineering efforts at our colocation data center campuses in Europe and the United States. In line with EvoSwitch’s strong growth, strategic ambitions and growing demand for our innovative data center approach, we expect to come up with further major announcements very soon.”

EvoSwitch provides secure and sustainable data center services, with cloud- and carrier-neutral data centers in Europe and the United States. EvoSwitch is home to growing ecosystems of customers around interconnection and hybrid cloud, operating at the edge of the Internet and providing access to public clouds. EvoSwitch enables global and local customers to build their IT infrastructure for growth, creating value for customers and partners alike offering 139.900 sq. ft. (13.000 m2) and ample room for further growth on both sides of the Atlantic.

Business Leader’s Perspective on SAP Apps in the Cloud