The global web hosting brand Hetzner has been awarded with the 2014 South African Frost & Sullivan Market Leadership Award for excellence in capturing the highest market share within its industry. Based on its recent analysis of this web hosting market, Frost & Sullivan concluded that Hetzner consolidated its market leadership position with a 19 percent share in the .co.za domain space.

“While competitors diversified into consumer Internet products such as asymmetric digital subscriber line, Hetzner continued growing in the web hosting market with associated web hosting products, attracting higher investments,” said Lehlohonolo Mokenela, Information and Communication Technologies Industry Analyst at Frost & Sullivan Africa. “This uncompromising business model led to market consolidation, which poised the company for long-term gains, with a 20 percent increase in 2014 and a projected year-on-year growth of 25 percent in 2015.” 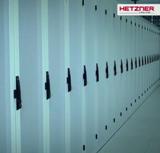 CloudFest 2018: Security in the Cloud

How To Enable The EPEL Repository On CentOS

Creating a catch all email forwarder

Bare Metal Cloud – How to Deploy a Server Tutorial