The number of generic top-level domains has risen over the last year by orders of magnitude. There are now several hundred gTLDs available, many of which are brand specific, region specific, or contain topic- or industry-relevant keywords. 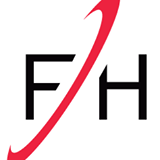 There has been considerable confusion about the impact these gTLDs have on search ranking, according to Future Hosting. It has been unclear whether keyword gTLDs impact rankings for queries containing that keyword, whether region-specific gTLDs impact geo-located rankings, and whether branded keywords are weighted differently to traditional generic top-level domains like “.com”.

“We’re seeing companies make branding decisions based on a misunderstanding of how the new domains are treated, which has the potential to be harmful to their search performance and hence traffic and revenue,” said Maulesh Patel, VP of Operations of Future Hosting. “The new gTLDs confer neither a specific advantage nor a disadvantage for search ranking. These domains can be great for branding and making domains more meaningful, but they don’t influence search.”

Mueller’s comments would confirm that the new gTLDs are treated the same as gTLDs like “.com” and do not confer any significant ranking advantage. This includes gTLDs that appear to be region specific, such as ” .london” – these are considered generic and treated like any other gTLD, which means that domain owners with a regional interest should handle geo-location settings as they would with any other gTLD. The behavior is the same as for genericized country-code top-level domains like “.me” and “.fm”.

Founded in 2001, Future Hosting is a privately held leading Internet solutions provider specializing in managed hosting, including dedicated servers, and (hybrid) virtual private servers (VPS hosting). Future Hosting is a global hosting company, based in Southfield, Michigan, with Points-of-Presence PoPs in the U.S., Europe, and the Asia Pacific regions.

What is a Data Lake?

How to Install WordPress Using QuickInstall

How to synchronize a subscription with its service plan in Plesk