According to the International Data Corporation (IDC), factory revenue in the worldwide server market increased 2.5% year over year to $12.6 billion in the second quarter of 2014 (2Q14). IDC states there are signs of the beginning of a cyclical refresh cycle, as systems deployed shortly after the financial crisis are now retired and replaced.

IDC’s Worldwide Quarterly Server Tracker revealed that server unit shipments improved 1.2% year over year in the second quarter of 2014 to a total of 2.2 million units being shipped. “The server market is experiencing the beginning of a cyclical refresh cycle as systems deployed shortly after the financial crisis are retired and replaced,” said Matt Eastwood, Group Vice President and General Manager, Enterprise Platforms at IDC. 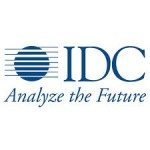 IDC expects this refresh cycle will continue well into 2015 and be further accelerated by Microsoft’s announcement that it is ending support for Windows Server 2003 coupled with Intel’s forthcoming release of the Grantley Xeon EP and a significant number of related server platform announcements.

“At the same time, IDC is also seeing early stage enterprise investment in 3rd Platform workloads that leverage Webscale architectures typically seen in hyperscale environments,” said Eastwood. “These workloads will drive additional interest in software-defined environments that will further enhance the need for servers deployed as the infrastructure underpinning these next generation datacenters.”

Liquid Web on CBS 5am News