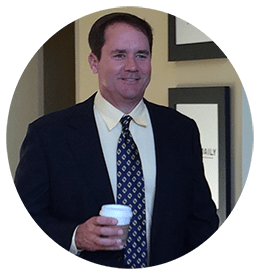 Once many IT industry company valuations have past their peak, it can be difficult for business owners to extract more value from their company than the declining industry valuation multiple is taking away. So, if you are going to sell your Internet service company, it is better to be too early than too late.

Over the last 20+ years, I have worked in many recurring revenue business model IT industries such as wireless telecom, long distance service, SMR, ISP, CLEC, SaaS, MSP’s, VAR’s, web hosting and now cloud services – and close to the same thing happens over and over. The specific industry valuations rise, peak, and then start to decline. This is no different than many other industries, however the evolution typically occurs much faster in IT industries.

No one needs to read an article to learn that the best time to sell their company is at the peak valuation, however it is well worth understanding the increased cost of being late even if the same ‘7 times annual EBITDA’ company valuation multiple can be received. This market timing is very different than the scenario of selling a common stock for the same price either before or after the valuation peak. For example, selling a stock at $60 before it peaks at $75, or selling it after the peak when it declines to $60. There is not a penalty for selling after the peak. The seller receives the same $60 all cash at closing.

A Few Comments on ‘Selling at the Peak’

Most people can’t time the market and hit the exact peak. At least not on a regular basis, especially the valuation peak of an Internet industry with so much bias noise coming from all of the information sources either trying to boost the value or bring it down. And sellers shouldn’t feel inept if they don’t pick the exact peak because even the best Wall Street traders admit they can’t pick the top or bottom of specific markets or individual stocks on a regular basis.

We have all heard the expression “if you can pick 60% of an upward or downward move you have done well.” The truth is picking a 60% move is more impressive than it appears because the trader first has to pick the right direction, up or down.

So, Back to the Business Owner in the IT Space

If a business owner sells before the peak of the industry valuation, maybe at 7 times annual EBITDA, he might miss the valuation run up from 7 times to 9 times but he will almost always be in better financial shape than the business owner who sold at 7 times after valuation multiples decreased from 9 times back to 7 times. This is for the following reasons.

So the post peak ‘7 times EBITDA valuation’ can involve a lower total sales price, and the net proceeds being spread out over many months, if not a couple of years.

If an owner realizes he missed the peak industry valuation, the best thing to do might just be to “eat-it” and sell the company (if pivoting the company is not possible or desired), because odds are valuations will not get better.

Ending on a Happy Note

There is nothing evil, embarrassing or irrational about staying in a declining value industry. I have seen plenty of business owners knowingly and happily ride industries down because they loved the business, predicted the downturn early on, cared for the employees, and figured out a way to make a profit all the way down – some owners making very inexpensive and well structured company acquisitions along the way.

Ctrl+F5 Mumbai: How Did Online Advertising start and where do we...