MLB Network, Major League Baseball’s award-winning 24/7 TV network, has selected CoreSite’s New York colocation campus for its first outsourced data center deployment. MLB Network will use the deployment with CoreSite as an extension of its studio facility to enhance the production tools utilized in the creation of programming for the network.

MLB Network debuted on January 1, 2009 in a record-setting 50 million homes and is currently distributed in approximately 70 million homes throughout the U.S., Canada and Puerto Rico.

“In addition to meeting our specific connectivity, latency and security requirements, this deployment in CoreSite’s data center will allow MLB Network to scale our broadcast infrastructure quickly and efficiently as we continue to grow,” said Mark Haden, VP, engineering and IT at MLB Network.

From their custom cage solution, MLB Network has access to the 41 natively deployed networks in CoreSite’s New York data center campus as well as the CoreSite Open Cloud Exchange and Any2Exchange for Internet peering. MLB Network would also benefit from the added assurance of knowing that CoreSite’s data center infrastructure was built above the 500-year flood plain. 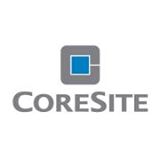 “At CoreSite, our facilities and employees provide our customers with secure and reliable data center capacity coupled with high-performance connectivity and cloud solutions,” said Brian Warren, SVP product and marketing at CoreSite. “In addition to delivering a superior technical solution, we partnered with MLB Network for the long term by building an equally robust and flexible solution around its application requirements. Through that collaborative work, we are pleased to have formed a lasting relationship with such a premiere enterprise.”

OneNeck IT Solutions To Break Ground on Tier 3 Data Center...

The State of Small Business Panel