NameHero.com, a full service managed cloud web hosting startup based out of Kansas City, Missouri, has announced their 1,000th Managed WordPress web hosting account on their cloud platform since launching in January. 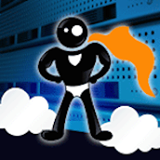 “Cheap discount web hosting providers have owned the market over the last decade, but the tides are changing,” said Name Hero’s CEO Ryan Gray. “Website owners now realize the need for a reliable, scalable, and secure web hosting solution from the second they decide to start their website. It only takes ten minutes of downtime for an online business to be severely effected.”

NameHero.com operates completely in the cloud where multiple physical devices make up their infrastructure. Utilizing solid state drives (SSDs) equipped with Raid 10 technology, they would be able to leverage multiple devices to provide an environment that’s reliable, secure and scalable. NameHerocom also has a three-point backup system where data is backed up in multiple locations including Amazon’s Cloud (AWS).

“Having co-founded five different online startups since 1998 I can relate with other Entrepreneurs. You don’t ever want to have downtime,” added Mr. Gray. “It’s every business’s goal for their website to blow up, but nothing is more frustrating when the web hosting server fails to keep up.” 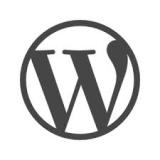 Over the last five years WordPress has grown to become the Internet’s most used content management system powering a staggering 75,000,000 websites including big brands such as CNN, Ford, ESPN, Tech Crunch, and Best Buy. Small businesses are able to utilize this same technology, as WordPress is 100% free and open source.

“I remember the days of having to code entire websites from scratch. With the advancements in the WordPress community, it no longer takes HTML or coding knowledge to have your own website. Our company milestone of 1,000 accounts just shows how big of an advantage this is for businesses everywhere,” Mr. Gray concluded.

Heroic Effort Isn't an IT Strategy

From the ground to the cloud – Network