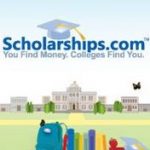 Scholarships.com, a scholarship search site, has employed a Secure Socket Layer (SSL) for the transmission of information, while McAfee SECURE has been in place for some time at the website. Neither SSL nor McAfee SECURE have been adopted as “industry standard”, but Scholarships.com wants to provide a level of security above and beyond what competing sites offer.

Though hackers primarily target servers and user computers there still exist some risks to data while in transit from users’ computers to websites. Scholarships.com has decided to position itself ahead of the curve and take heightened measures to protect the security of data during both transmission and storage.

Typically, mainly banking institutions and others collecting extremely sensitive financial information online (Social Security Numbers, credit card information and other such data) would be expected to employ SSL for the transmission of data, as this is the type of information typically sought out by and most valuable to hackers.