Vodien Internet Solutions, a hosting provider headquartered in Singapore, has expanded its global CDN (content Delivery Network) by including 15 new points-of-presence (PoPs) in key cities around the world. As online content consumption continues to grow, Vodien plans to have more CDN PoPs in strategic global locations. 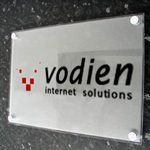 Vodien has also added more resources and bandwidth to its current CDN locations in Singapore, Jakarta, London, Paris, Vienna, Los Angeles, New York, San Jose and Seattle. The latest additions would provide end-users with faster connectivity when accessing websites no matter where they are in the world.

“Most of the online audience is not in one singular area, but rather, located everywhere around the world,” said Jim Yang, Vodien’s Infrastructure Manager. “Vodien’s continuous CDN expansion means that content is delivered to the intended audience from the nearest edge network location faster. Adding more points of presence will support Vodien customers’ websites and allow them to deliver content more efficiently to their audiences.”

TechWiseTV: Shining a Light on the Digital Ceiling

15 – How to manage administrators in WHMCS