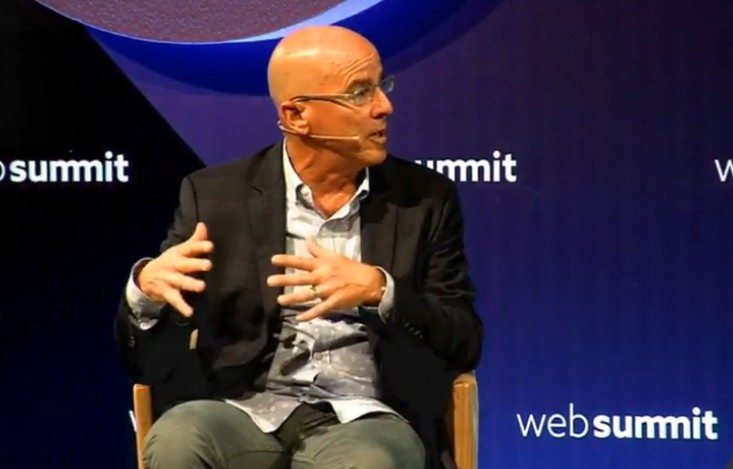 At Web Summit 2017 in Lisbon, Blake Irving went on stage to talk about his upcoming retirement. He is 58 years of age now and in about three months he will step back from the company, as well as the cloud and web hosting business. Looking at GoDaddy’s Q2 2017 revenue figures, with total year-over-year revenues growing 22,3% up to $557.8 million now, HostingJournalist thinks he has done a great job. Thumbs up, Mr. Irving!

Although the usual retirement age at the moment is around 65, you can’t accuse Mr. Irving of counting his days until retirement. Last April, GoDaddy still did an immense acquisition when buying Host Europe Group for 1,79 billion. This all happened after the company had already bought another company one month earlier, namely Sucuri – A WordPress website security vendor.

And let us all not forget, Blake Irving entered the GoDaddy organization in 2012 when the company had a total revenue of $910 million. In 2016, GoDaddy revenue topped $1,84 billion. That was even before the new companies where acquired, so the 2017 total revenue figure must be even more impressive.

During the conversation Irving had on stage during Web Summit 2017, with Andy O’Donoghue – a technology journalist and broadcaster from Ireland, he stresses the fact that GoDaddy also started small – delivering its products in dollars only to mainly U.S. clients. Now, the company has its operations worldwide.

Mr. Irving is also being questioned about the provocative Super Bowl ads, although the big spending on these ads already took place before Irving entered the GoDaddy offices. “Those were pretty provocative ads indeed,” said Blake Irving. “Women in scandalous clothes doing provocative things. Target groups for those ads where mostly drunk guys watching TV while getting incredibly drunk.”

Market insights showed GoDaddy’s management that further growth would have to come from small business owners, but 58% of those small business owners turned out to be women. That’s when Irving started questioning his employees, what their opinions were about these ads.

Find the full video interview with Blake Irving on stage at Web Summit 2017 about his achievements and his envisioned live after retirement below.